Migraine Triggers:
Track them Down

Investigating migraine triggers:  Some days, for no apparent reason, you get a migraine attack.  Other days, when it seems like you ought to be getting an attack, you're fine!  So how can you track down exactly what is triggering your migraine? 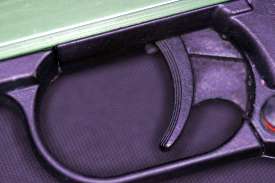 In this article you're going to get an overview of common triggers, find out why they're hard to track down, and learn how to start investigating what may be starting that migraine chain reaction for you.

One thing to remember.  Not always does any one trigger actually start a migraine attack.  More often it's a matter of quantity.  If you're letting in a few triggers, it may be enough to tip the balance.  That's one reason why triggers are hard to track down - sometimes an individual trigger may start the chain-reaction, sometimes it may not!

No one knows for sure what causes migraine, though in recent years our ability to study the brain has given us new insights.  Learn more about the scientific story of migraine.

Migraine triggers can be broken down into two categories -internal and external.  The external triggers are the ones you hear about most often.  These are things you put in your body, environmental factors, lifestyle choices, etc.

Internal triggers are things that are going on inside your body that can be harder to control.  The most commonly talked about internal trigger is probably hormones.

Things can get a little confusing, because technically an external trigger may be an indirect trigger, actually setting off an internal trigger.  But to keep things simple, we'll refer to external triggers and things that are primarily coming from outside your body.

There are many, many possible external triggers.  Lists have been made, but there are a couple of challenges.  First, triggers are so individual that it's hard to generalize.  You could say, for example, that almost any food is a trigger for someone, but that's not very helpful if you're trying to track down your migraine triggers - you want to start with the most common ones.

The other challenge is that very few triggers have been confirmed by scientific studies.  I'm afraid there isn't a lot of money in studying how migraine attacks can be avoided by not buying a certain food, household chemical, etc.  So there is a lot of disagreement about how effective it is to try cutting triggers out of your life.

That being said, lets look at some common migraine triggers: 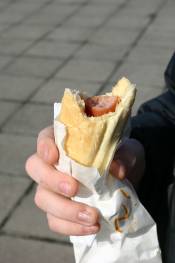 There have been some attempts to find out what types of food trigger migraine attacks.  The most common approach is avoiding food with tyramine.  Another theory is that tannins are behind your migraine symptoms.

Read this article for an overview of the migraine diet concept.

These are often included in the food category, but do deserve special mention since they are very common migraine triggers.  Second hand cigarette smoke is included here.

Actually, just about any big change that your body experiences may trigger migraine attacks.  But one of the most common is a change in your schedule.  This includes fasting, eating late, missing a meal, sleeping late, getting too much sleep, getting too little sleep, etc.  The big ones are any changes in sleep, and eating habits.

Weather changes are notorious for triggering a whole host of health problems.  For migraine, it's probably a combination of weather factors that cause problems, such as humidity, barometric pressure, temperature, etc.

If any one thing can be blamed, it's a sudden rise or drop in barometric pressure.

Medications often cause headache or migraine attacks as a side effect.  Watch the labels, and talk to your doctor if a new medication causes problems.

Also, many medications taken for headache can cause the headache and/or migraine symptoms to become worse over time.  Over the counter pain relievers are particular culprits.  Read more about rebound headache here.

Actually, any kind of exertion can trigger a migraine attack.  Learn more about after exercise headache here.  Orgasm headache may at times come from exertion, though it can have other causes.

Of course, exercise is a major migraine-fighter as well, so it's important to find ways to minimize exercise triggers while keeping sufficient exercise in your life.

There are many environmental migraine triggers.  We already mentioned cigarette smoke.  Strong odours can be triggers, such as perfumes and colognes and perfumes added to soaps.  Hair sprays, gels and creams may trigger an attack.

Many other things in your environment may trigger attacks - smoke, dust, wind, cleaning fluids and other chemicals.  One of the best resources for learning how to cut down on triggers like these is What Your Doctor May Not Tell You About Migraines, by Dr. Alexander Mauskop and Dr Barry Fox.

Loud noises have also been known to trigger an attack.

There are a number of reasons why travel may trigger migraine attacks.  For a lot of people, it's just the change in schedule, change of routine and foods.  There are also usually many different environmental factorsat work.

However, sometimes motion itself can trigger an attack, especially in people prone to motion sickness.

Stress is one of the most commonly mentioned migraine triggers.  However, there is some debate about whether or not it is a true trigger.  It does seem to be a factor, but it may simply lower your resistance to other triggers, and not start the migraine chain reaction by itself.

It's important to not assume that stress is causing all your attacks.  It's very likely that there's another factor that you can more easily avoid to cut down on your attacks.

Changes in your body have a lot to do with how migraine gets started and progresses.  We're still learning how it all works, and we have a long way to go.

Fluctuation in hormone levels may be behind a large number of migraine attacks.  The most obvious relationship is in women with true menstrual migraine.  But it could be that hormonal changes are behind many more attacks, in both men and women.

There are some treatments that may help minimize the impact of hormonal changes.  For example, a magnesium supplement, vitamin E, and common migraine medication such as triptan drugs.

There has been some interest in recent years in a simple surgery that closes a hole in the heart that some people have.  There have been a few people that found migraine relief after the surgery.  So far, trials haven't been conclusive.

Problems with the jaw are very common migraine triggers.  Things like teeth grinding at night, problems with the spacing and lining up of your teeth (ie tooth malocclusion), and damage to the joint in your jaw (temporomandibular joint) may all be behind many attacks.  Sometimes this means your teeth need to be worked on, or a simple device to wear at night could solve the problem.

Other diseases and conditions

There are many diseases and conditions that could be triggering migraine attacks.  Often these aren't included in lists of triggers because they aren't considered as migraine at all - the focus is on the other condition.  But again, these conditions often would not start a migraine attack if you weren't already predisposed in the first place.

Another reason why they aren't usually listed is because they may not trigger an attack at any given time.  Instead, they may be a part of the recipe, always in the background, that make you more likely to get an attack.

Here are just a few of the possible triggers hiding in the shadows:

You may not be able to track down all your migraine triggers, but you can see a drastic improvement if you can discover the main ones.  Many people use a migraine diary to keep track of possible triggers and the rise and fall of migraine symptoms.

Find out more tips for tracking down migraine triggers here.


If you've found this article helpful, you'll want to keep up to date on the latest research on migraine and headache.  Be sure to stay tuned to the Headache and Migraine News Blog for the latest tips, research and news about migraine, cluster headaches, and much more.

The articles on Relieve-Migraine-Headache.com are ©2003-2021.
Every effort is made to ensure the accuracy of each article,
and to point you to further sources of information.
However, this site is for informational purposes only
and should never replace a visit to your doctor.