“the girl with the migraines” 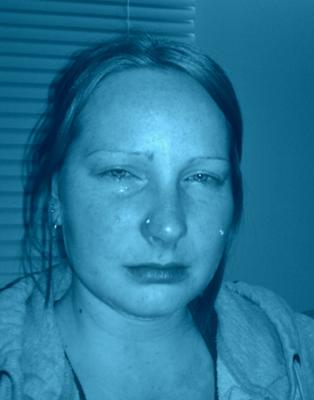 Migraines suck. Period. I’ve been fighting the disease for nearly 15 years now. They started when I was barely a teen and have never stopped, but in fact got steadily worse. I went through a few years in my late teens where it was common for me to have up to 18 migraines a month. Insane! These days I get a migraine about every four days. It’s hard to explain to someone who has never had a migraine what it feels like, how debilitating it is, how sick I feel, how I’d wish for the pain to end. I long for the day that my life could be “normal”. I often imagine what it would be like to plan outings and events without fearing I might be sick and have to cancel at the last minute, something I never do now. I don’t commit to saying yes to something, I usually say “I’ll let you know” or “I’m not sure, I’ll get back to you”. I’m a very isolated person with next to no friends due to always being sick. I am almost always referred to as “the girl with the migraines”. It seems to be my only identifier.

If I could count the number of people who have said to me “just take an advil and you’ll be fine”. They really have no idea. It’s hard to explain to people who have never had a migraine that it’s much more than just a headache. It really is a whole body sickness. I had co-workers skeptical of me in the past, whenever I had to take a day off work you knew they thought you were just making it up. For this reason I often did not take time off from work, but went to work ill and struggled through.

The photo I have included is me, in the midst of a bad migraine. My head hurt so bad, nauseous, light and sound were just excruciating, my medication didn’t work but I couldn’t lie down and rest as I am looking after my 11 month old baby girl. Taking the picture was hard enough, all I wanted to do was curl up into a ball and die.

I often don’t want to show my baby that I’m sick during my attacks. I don’t want her childhood to be filled with memories of how sick mommy always was. This is proving more difficult than anticipated. Oh how I hope my daughter does not inherit the migraines. I wouldn’t wish this disease on anyone.

After living more than half my life with migraines, I pray and hope for the future, a future without them. That is what drives me. Hope.

Join in and write your own page! It's easy to do. How? Simply click here to return to Express Yourself! Contest.

The articles on Relieve-Migraine-Headache.com are ©2003-2018.
Every effort is made to ensure the accuracy of each article,
and to point you to further sources of information.
However, this site is for informational purposes only
and should never replace a visit to your doctor.